History of the University Cemetery and Columbarium

From the first interment of Dr. William Henry Tucker in 1828 to the current day use of the Columbarium, the Cemetery has continued to carry a sense of distinction. On these Grounds are four UVA presidents, Alderman, Hereford, Newcomb and Shannon, and many distinguished professors and numerous faculty members. Many of the names you will find on residence halls and academic buildings such as Alderman, Bonnycastle, Clemons, Dabney and Humphreys.

In 2005, the University Cemetery Committee approved a Master Plan for its future expansion and presented it to the Board in December of 2005.  Early in 2012, the Board approved the proposed site plan just north of the Cemetery.  Shortly thereafter while planning for the expansion, archaeological studies discovered a number of grave shafts believed to be those of enslaved workers and their families.  Because of the discovery, the Cemetery expansion was relocated to the south side of the existing cemetery, at the end of Cemetery Drive.  In late 2016, the Cemetery expansion was completed, offering the first addition to in-ground burial plots since 1940 and nine additional columbarium walls.  In total, the newest addition will provide 263 in-ground plots, including ten presidential plots in a designated area and 544 columbaria niches. 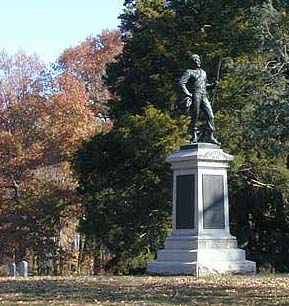